How we pray- Part II

In some temples in India, men and boys have to take their shirt off before entering the temple.

Normally there would be sign at the entrance to the temple which says 'entry for men & boys in shirts is banned’. Women can wear their normal dress. In some temples it is not allowed to enter with Your shorts. Showing Your naked legs is not something temples would accept. When i was visiting India this past vacation, we went to a famous temple in south India, and i had to stay out because i was wearing shorts. Many a times when foreigners come to India, they have to dress in our traditional dresses to enter the temple. 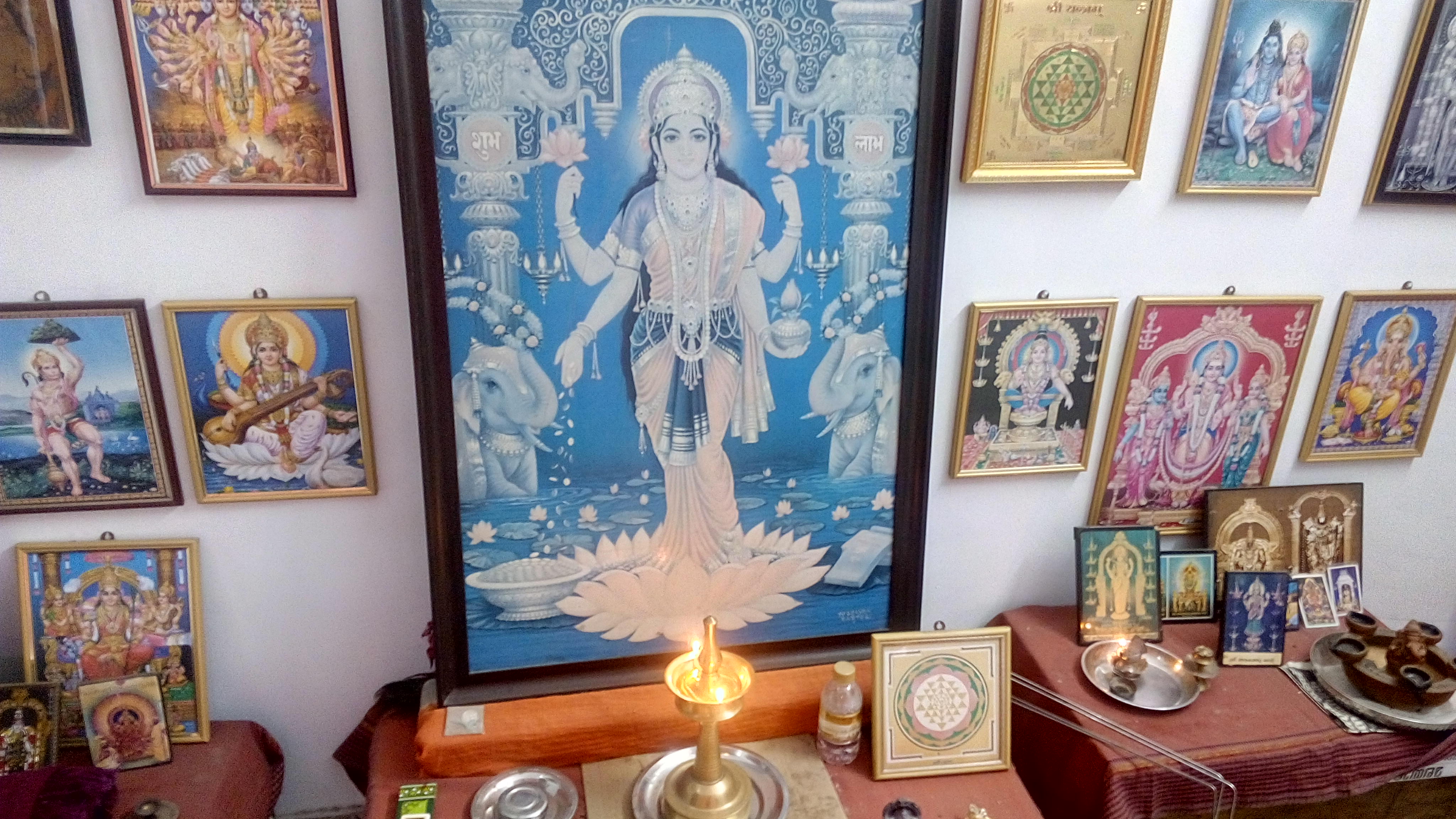 Praying room in my home in India.

Every indian home also has a small praying room with pictures of gods, and a lamp which burns coconut/rape seed oil. Each day in the evening my grandmother or mother would pluck some flowers from the garden(to make the garland for god) and light the lamp . During this time we would also light incenses. Each member of the family would spend a couple of minutes in this room saying out prayers. My dad would sit there for an hour reciting all the prayers . He knows them by heart. It is said that the flame of the lamp shall not burn down by itself. We consider it as a bad sign. So after about 2 hours, the lamp has to be unlit by ourselves.

There are many number of religious holidays in the Hindu calendar. Every month we have an important religious festival/day in our calendar. Even though most of these days are not free from school or work ,we celebrate a lot of days related to religion than people celebrate in Poland. I have noticed that the number of churches in Poland are low compared to India. In a city like Wroclaw i would see a church every 5-6 kilometres, where as in India there is at least 20-25 temples in a 10 square kilometre radius. This is probably because we are such a populous country. During a typical prayer day in Poland, the priest would take the podium and recite his prayers. People would be seated. One thing that surprised me a lot in Poland is that how often people sit and stand during the processions. Once while attending a procession in a church, instead of paying attention to the priest i was just looking for signs on when to stand up and sit again .

An interesting phenomenon that i have found in Poland is Jehova’s witness(we have it in India too). In poland while walking in the street, we can find a pair standing with flyers about how christ can save You and show Your the road in life. It is acceptable to promote Your religion to others. Whereas in India it is not possible to find a group of Hindu believers standing in the road giving flyers about hindu religion and why You should join Hinduism. There is no ’religious promotion’ in Hindu religion. There are many instances, where Hindus converted their religion into Islam, or christianity. But it rarely happen the other way around.