On the 24’th of June we had a ceremony in Krakow by the name of ‘troca de cordas’ where new belts are given to Capoeiristas. I had the chance to pass the test to become an instructor.
Instructor Jay
As in any martial arts, Capoeira also has its own belts and level of gradation. The system is different for each group. So in one group You might have a belt with blue colour and You are an instructor, while in the other this same colour belt might mean that You are a beginner. So You have to be careful while just looking at some ones belt colour and judging them. You might be for a positive surprise while playing with them.

When it come to the level of instructor, You don’t have the power to decide whether You are going to appear for the exam or not. Your trainer has also a say in that matter. He will decide whether You are capable of representing the group and adorn the title of instructor or not. After all Your skills will be a testament of how well Your teacher has taught You. You are representing the teacher at the exam. SO your trainer has to be 100 percent sure that he sends You only when You are ready.

Now let me tell You something about my trainer. It is not easy to just please him with Your skills. He will squeeze the very best out of You(and i respect him for that) I remember last year i wanted to pass this test. You know, new belt, people will respect You, and all of that. But when it came to the actual day of the test, he told me that I am not ready. Now was i sad? YES. Because i thought since my friends are advancing, then why cant I too?

I was almost in tears and i thought what is wrong with me. It was then i came to know that i was too focused on getting a newer belt. So this year i completely forgot about belts and gradation. I started training with a focus on moving quickly and removing my deficits. I consulted senior students at class, i went to as much as workshops as i could. Then something changed. I saw some difference in my playing. My playing became more fluid and i started playing with more confidence. Actually what i lacked the previous year was more confidence, to play with people with more experience etc. What if they beat me? What if I am not good enough?

During the beginning of the new year, my trainer gave me a list of requirements for appearing at this year’s exam(he officially recommended me for the next belt). I didn’t take a look into it. I wanted to just train. During this whole year my trainer constantly tested me. He was playing aggressively with me, kicked me etc. Did i give up? no no. I kicked him back 😀 but not because i didn’t like him. But because at this stage You are not just an instructor, but also a street fighter.

how did the actual test look like
A couple of days before the test, our trainers told us to take boots for running. I was like ‘nice, since i know my trainer, it will be a marathon through the whole of krakow. Perfect, cant wait”(with a pinch of sarcasm of course). We ran about 5-6 km through a park nearby. We jumped over benches, did push ups, rolled over hills on our back, played capoeira in the pond. It almost resembled a military training exercise. Since my trainer makes us run and do push ups everyday at our trainings, it was a piece of cake for me. Nothing new 😀 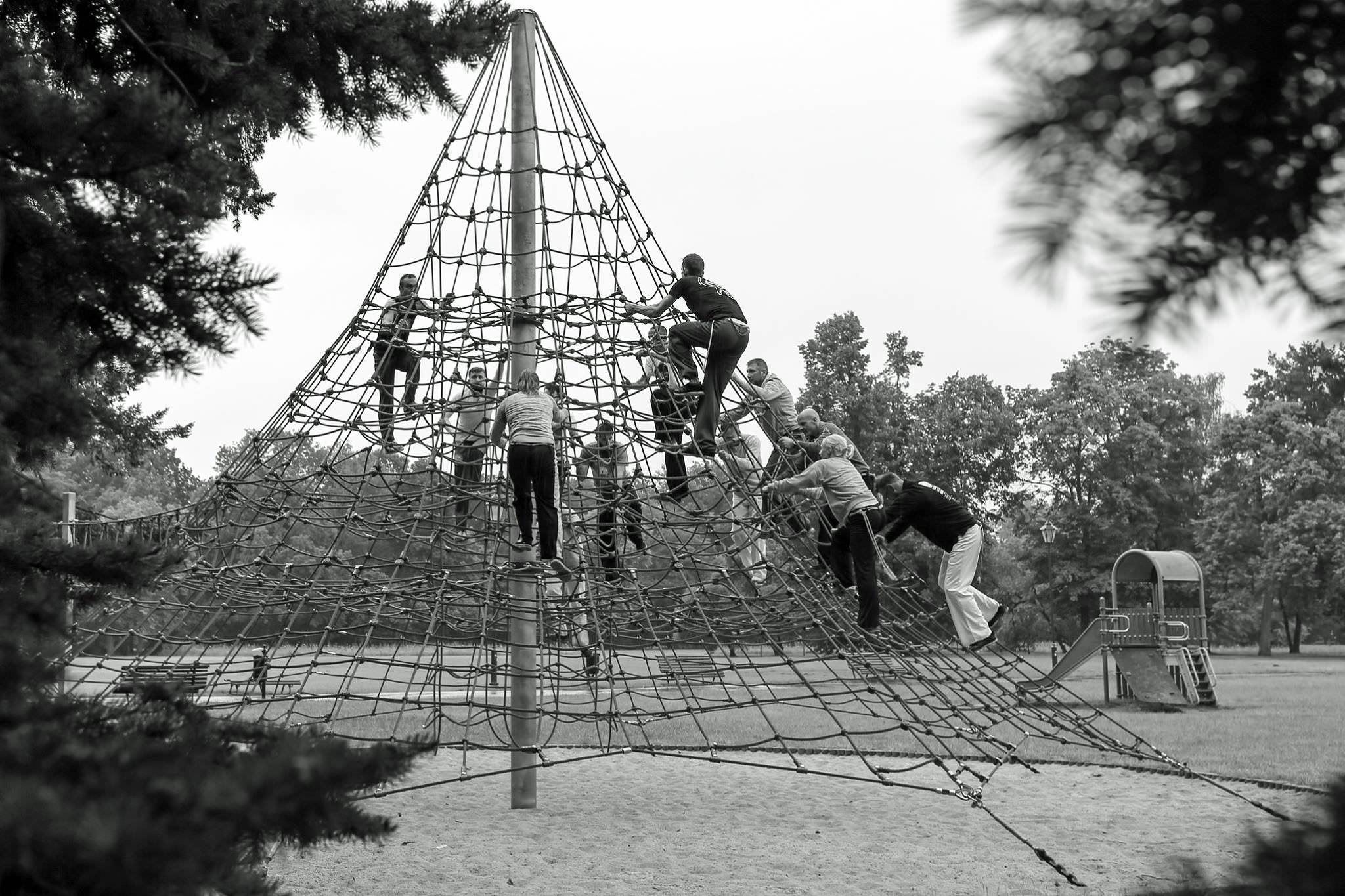 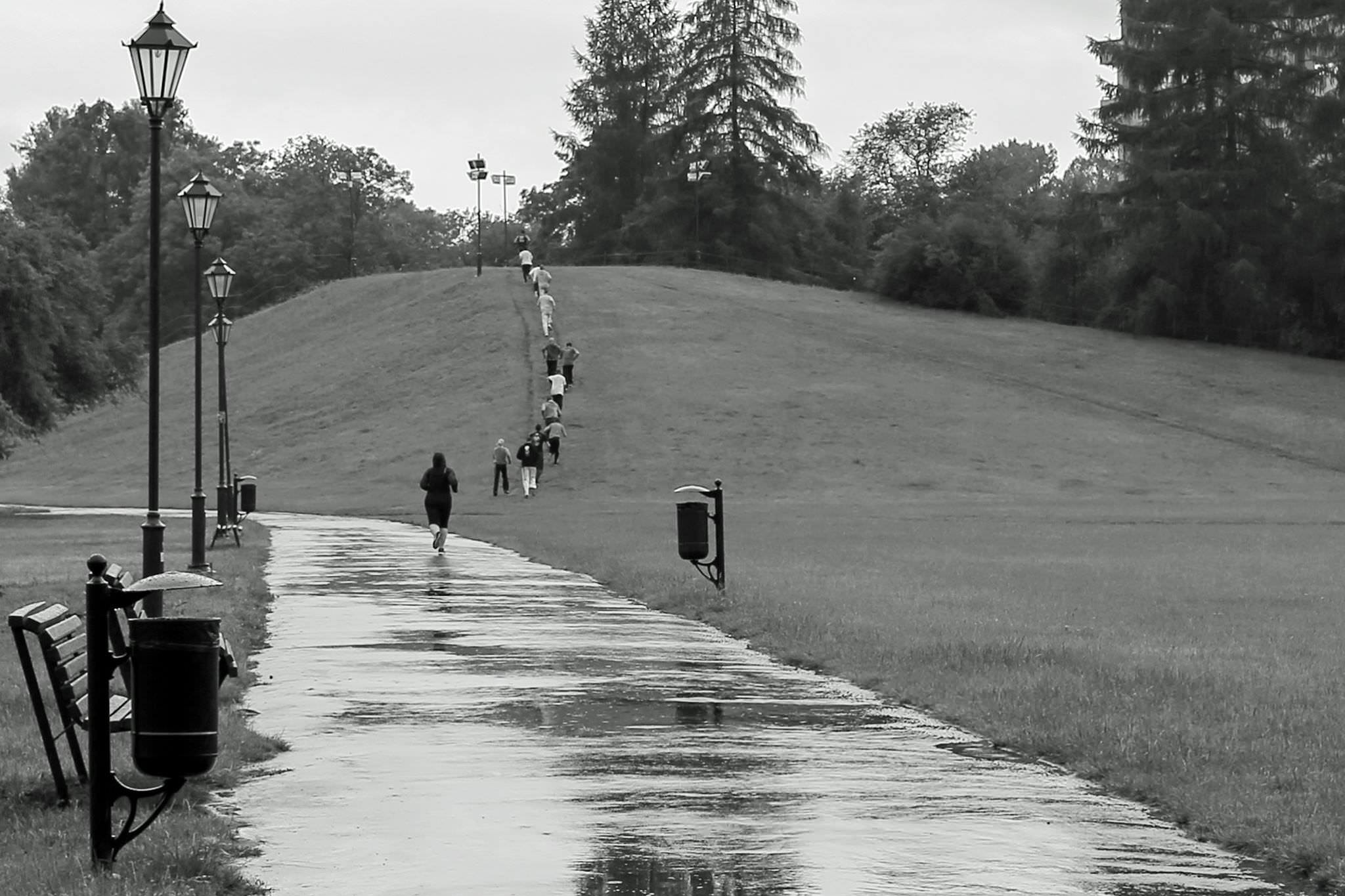 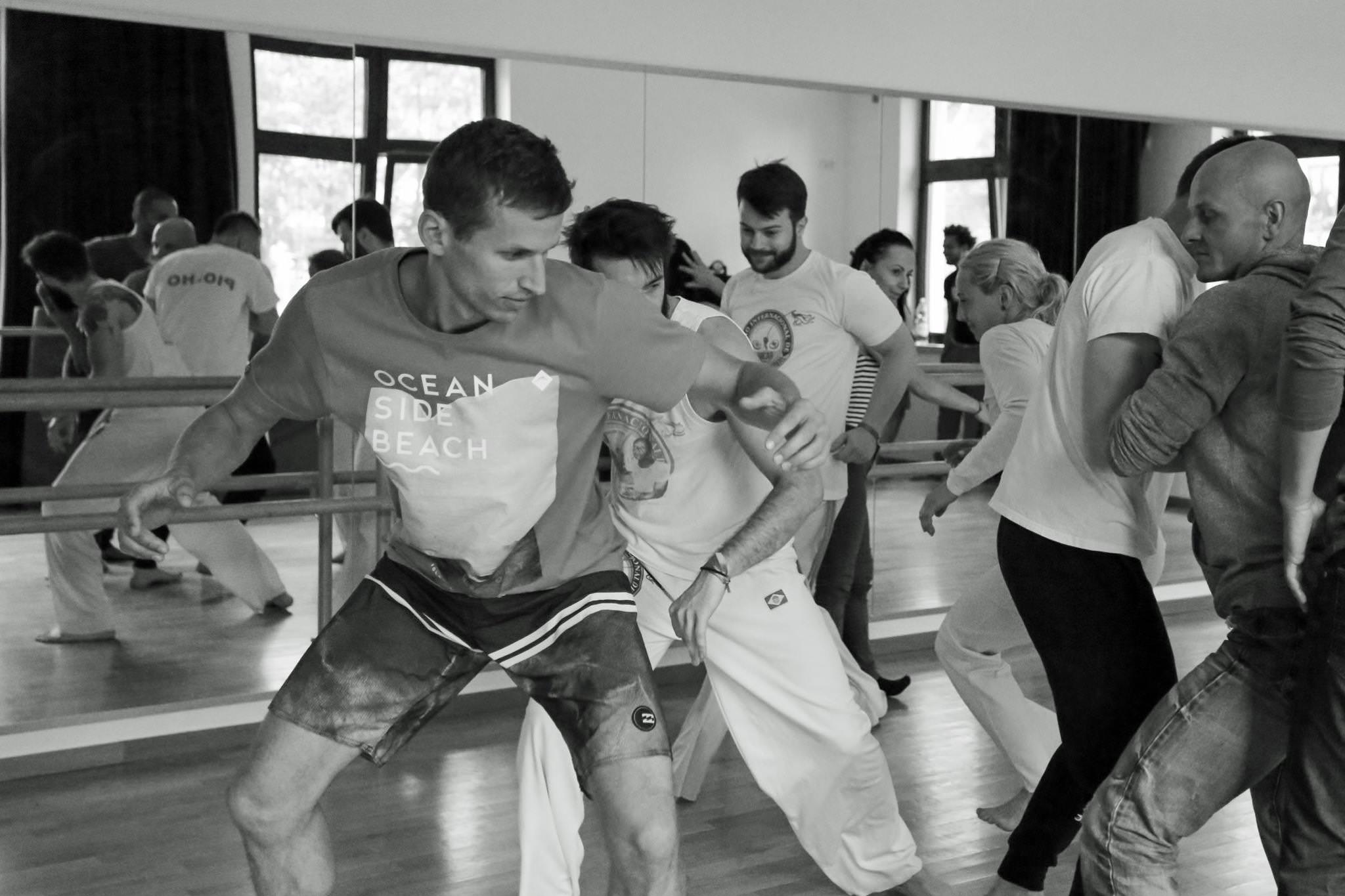 Finally there was the roda de capoeira. We had to play inside the roda. But here there was a surprise. They wanted to see how we would do in stressful situations. So some of the advanced students dressed up as hooligans and they came for our Roda. Normally in Brazil, people from different groups come together and play. Many a times some huge muscular guys will come and beat everyone inside the roda. Or even worse, someone from outside can come and beat girls from our group in the roda. It is the job of the advanced students to make sure that nothing bad happens. So it was a test to see how we would control situations like these. Would we man up and break the game so that they wont beat the ladies? Some of us students interfered in such situation

As soon as we passed the internal test, we were allowed to appear for the ceremony to receive our new belts. But wait, wait. Not so fast. it was necessary to play some Capoeira with the advanced students, so that they could remind us that they wont be giving the new belts so easily. So for the next 10 minutes or so we got a bit kicked now and then. We also hit them back a bit. 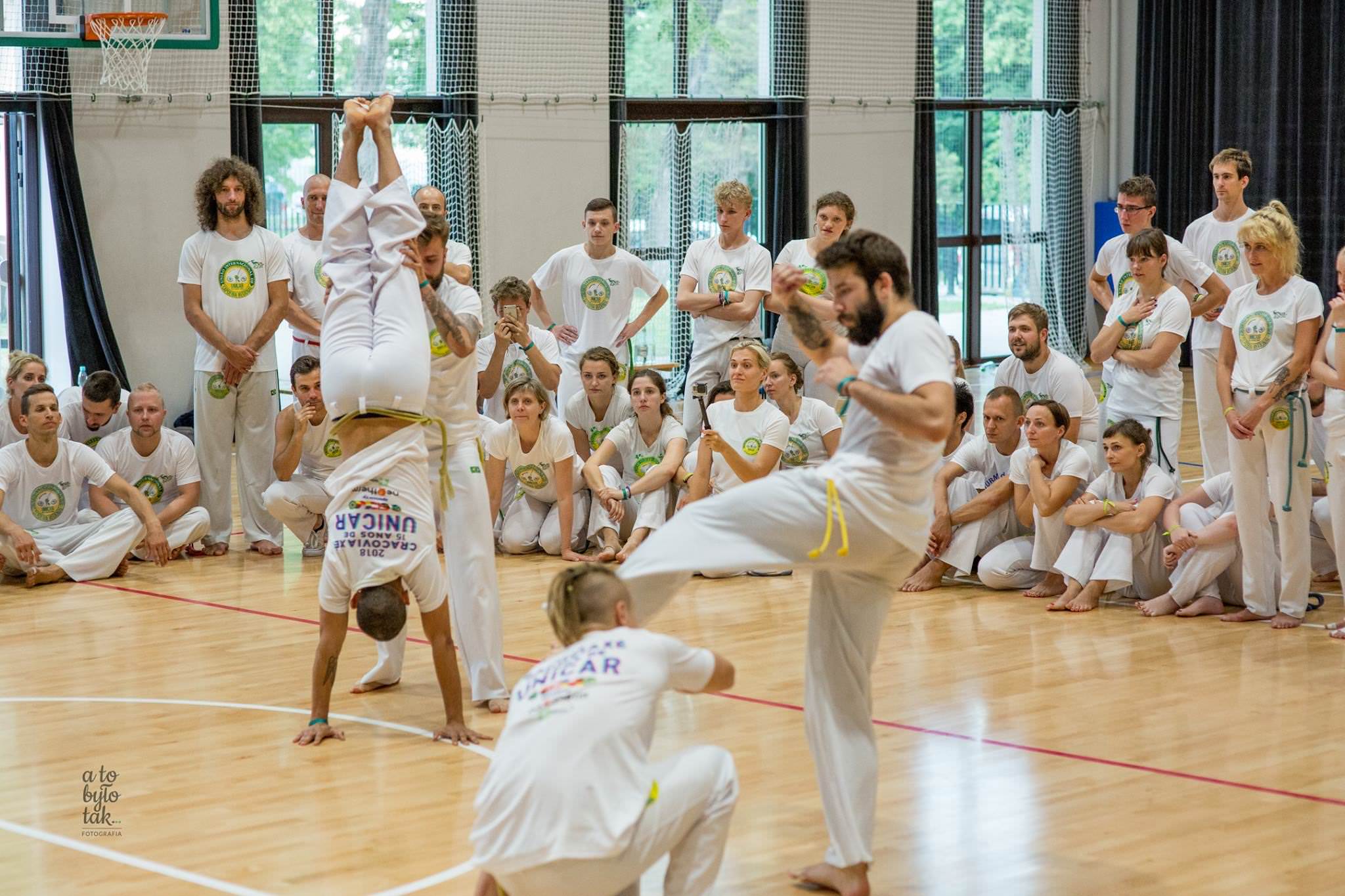 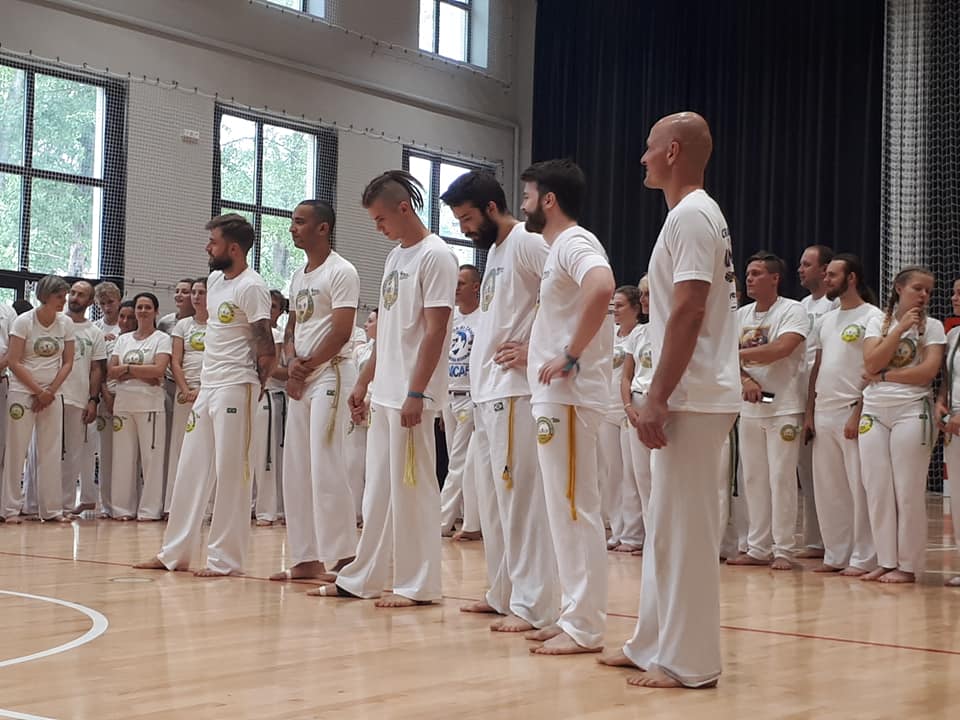 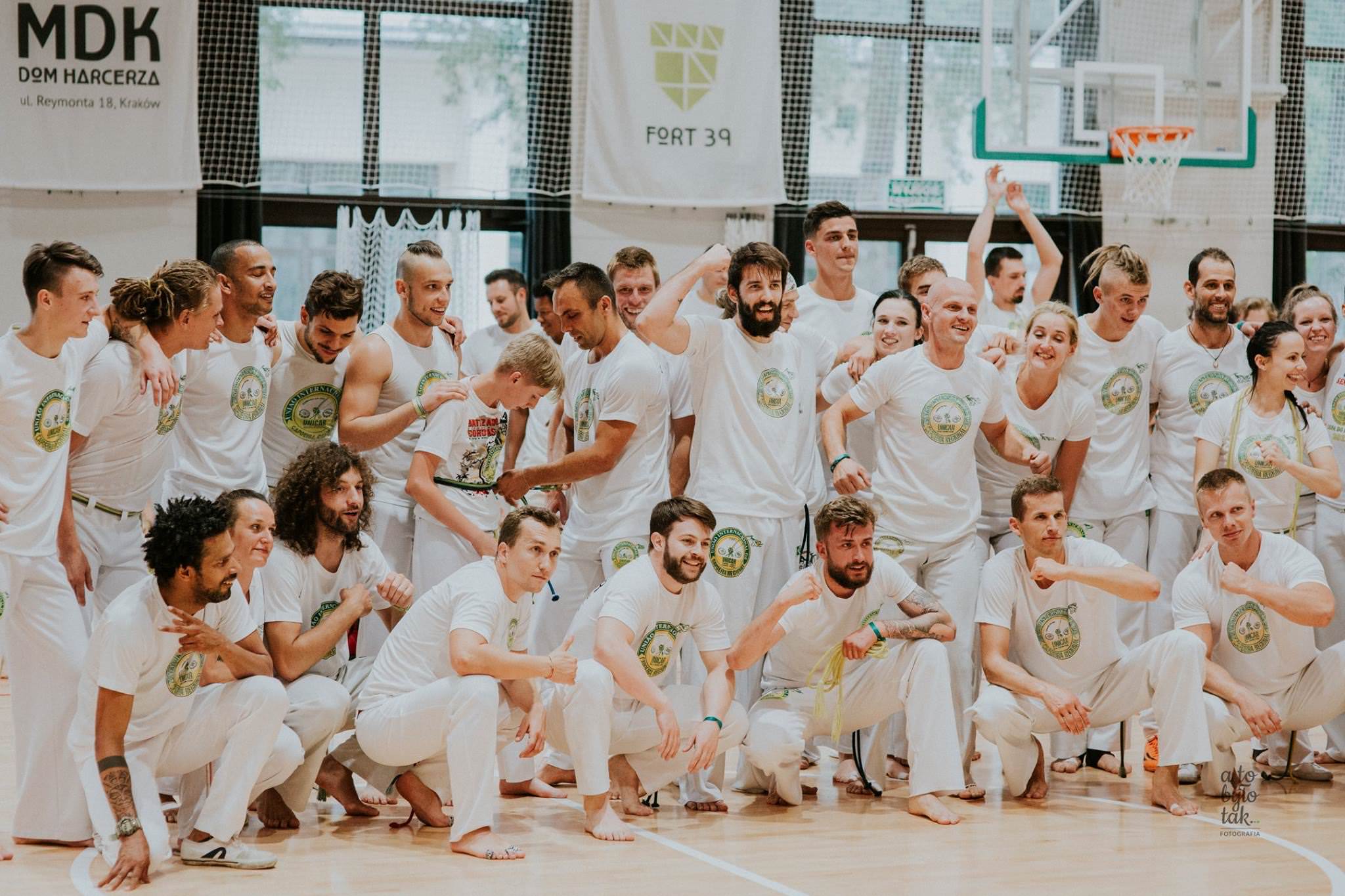 And finally i became an instructor. 🙂 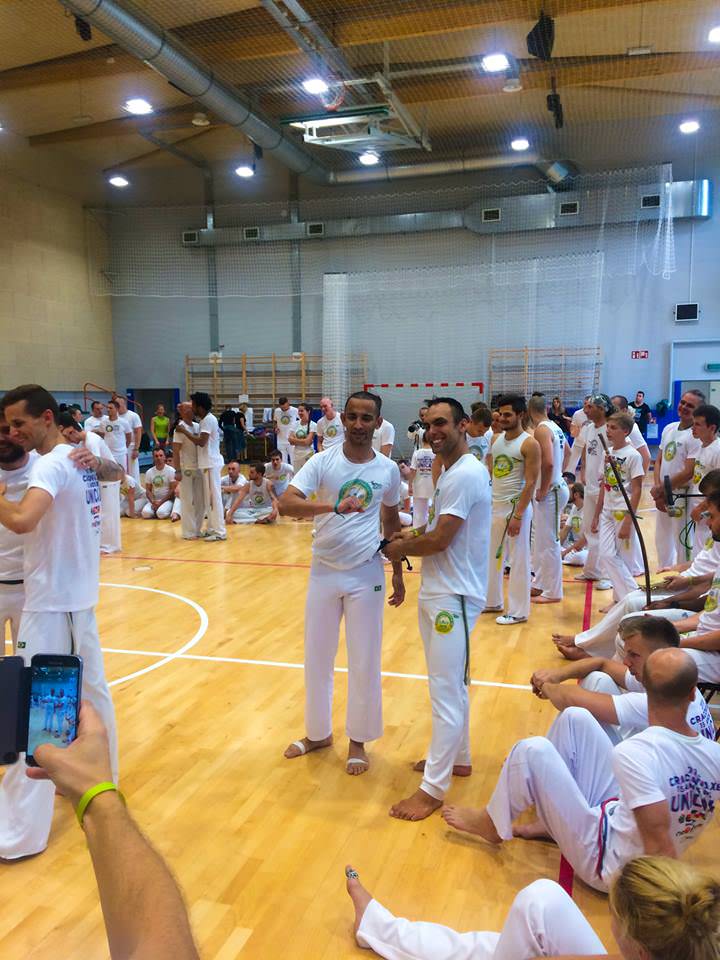 (ALL PHOTOS ARE OWNED BY DARIUSZ PIENIAZEK. ALL RIGHTS RESERVED)