This past weekend, i was invited to a radio station in Poznan called Afera, to be part of a radio blog called Hindus w Polsce. There would be 6 episodes comprising different posts from my blog, which would be emitted over a few days.

It all started, when an NGO named Barak Kultury, found my blog by accident in the internet.  The theme of their festival this year is ‘faces’. The main focus is on immigration, and the change in demographics of the Polish, as well as European society due to influx of people from different nationalities. SO they thought that it would be a cool idea to emit certain posts from my blog, for people to listen to during the course of the festival. I completely agreed to their proposition. it would be a good idea to bring awareness to people, on how some one from a country like India, sees Poland from the eyes of an Indian. It would be a good medium for people who don’t have the time to read the texts during their day to day life, to listen and get a perspective of India and life of an Indian in Poland.

Before reading the texts i had to warm up my sz, cz, w and ł. So after about 10 minutes of exercises, i was ready to go. 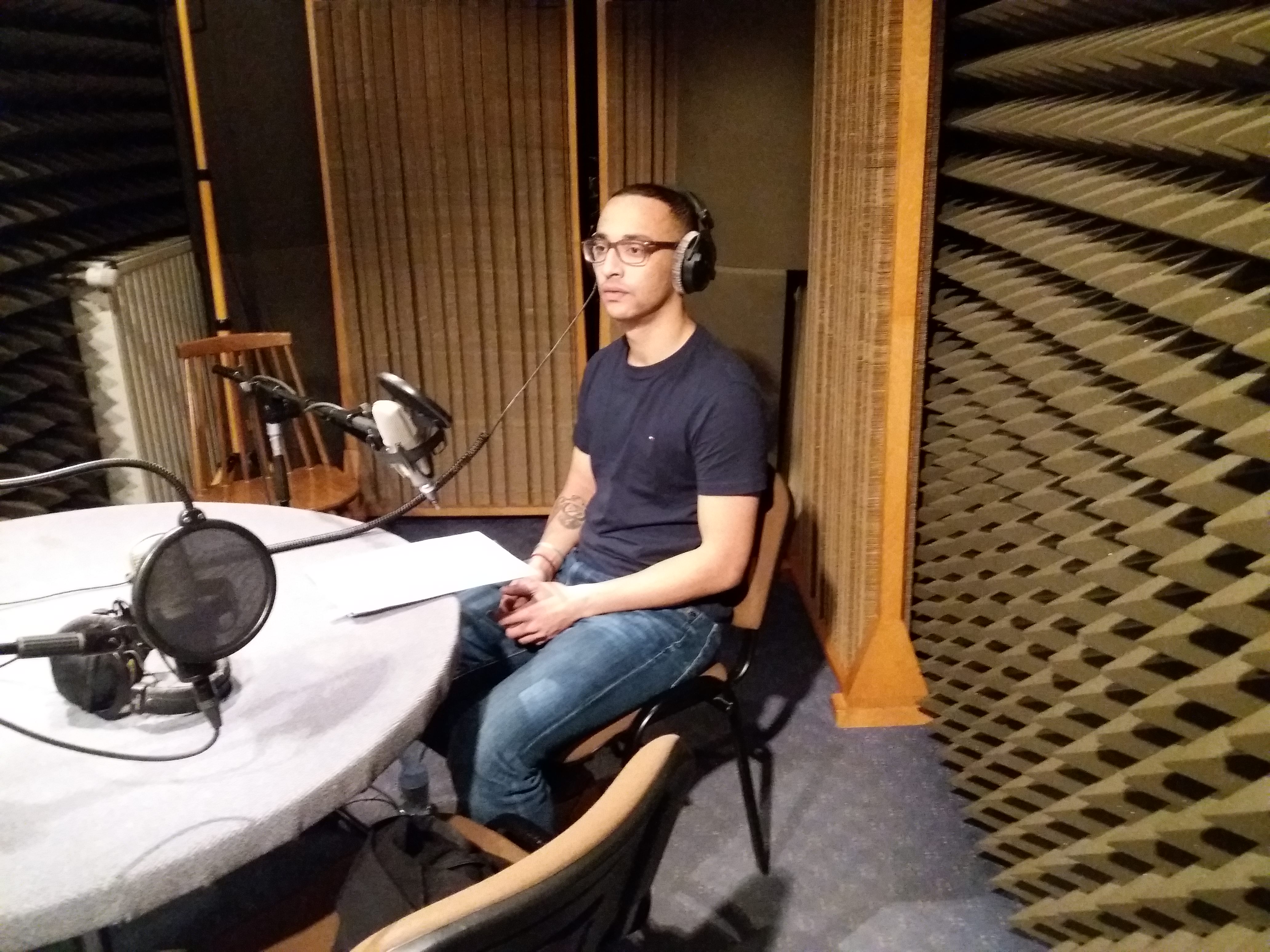 Let me tell You, i thought that reading a couple of posts from the blog in the radio station would be a piece of cake. It was not! It took us three hours to finish 10 pages of material. The first three or four posts were easy to read. After that my energy level went down. But the people at the radio station were patient enough to allow me to take rests and drink a lots of water.

After the fourth text, i was basically just a zombie. But we somehow did it. I had lot of fun reading the texts at the station.

One of my fond memories from the recording

While recording, i came upon the word 'widzieć’ in the one of my texts. Let me tell You this is not an easy word to say in Polish. No matter how many times i stopped and practiced 'widzieć’, each time it would come off as 'Wiedzieć’. I was struggling with this word so bad, that the people at the radio station were just laughing at my inability to say 'widzieć’ without the e in the middle. After the 10th take i said ‘KU***a out of frustration:. We all know what happens when a foreigner says a polish swear word. It was nice to laugh and relax a bit, and enjoy the lighter side of this recording process. We somehow wrapped up the recording with me somehow faking the word 'widzieć.’ 😀 I said it so fast, that probably no one will notice it in the end.

I remember when i was a kid, i had the chance to read a children’s book written by my Grandfather in the national radio. Me, my brother and our friends played different characters from our grandfather’s book. We were representing our own self. i was Chandu 🙂 It brought back a lot of fond memories from my childhood. So This time when i could reenact some material from the blog, i was somehow reliving some of the moments from my childhood. I think we all have certain things which we keep in our hearts from our childhood. This was one of them.

The blog will be emitted in 6 parts between 09-14 April. AS soon as i will have the link, i will post it here.