This last week i had the pleasure to go to India. The trip was short, just one week. But still it was definitely worth it. In the beginning i was worried that i shouldn’t go 8000 km far away across the ocean to my country, just for one week. What would others think? “Man are You crazy?, You went so much far away for one week?’ I could hear the laughing from the other side. In the end i thought, why not? its me who is buying the ticket. I don’t have to worry about what others might think. I could go for one week, or even two months. So i went…

The main reason for the visit to India was to see my grandfather. I had a chance to talk to my parents before my trip, and they said that if You would like to come see Your grandfather it would have to be now. Eventhough they didn’t force me to come there, i could understand the seriousness of the situation, and i didn’t think twice. I booked the ticket, and off i went to India.

The trip was tiresome(24 hours one way, and the same on the way back), but i throughly enjoyed the trip. Most of my friends in Poland wanted to see some pictures from India. So as a must, i went to the nearest beach and took some photos for everyone. I have been to this beach probably 100 times in my whole life. But coming back to Kovalam beach has been special.

Nothing much has changed in Kerala, maybe except the fact that people have the latest android phones, I phones, and fancy expensive cars(many people from Kerala work in the middle east). I came to notice that it is so expensive there now. When i went to a shop with my dad to buy groceries, we paid the exact same price which I would have paid in Poland. I mean 5-6 years ago prices where a lot lesser than now it is in India. I wonder how people would survive with the way they are earning in India. I have no idea. 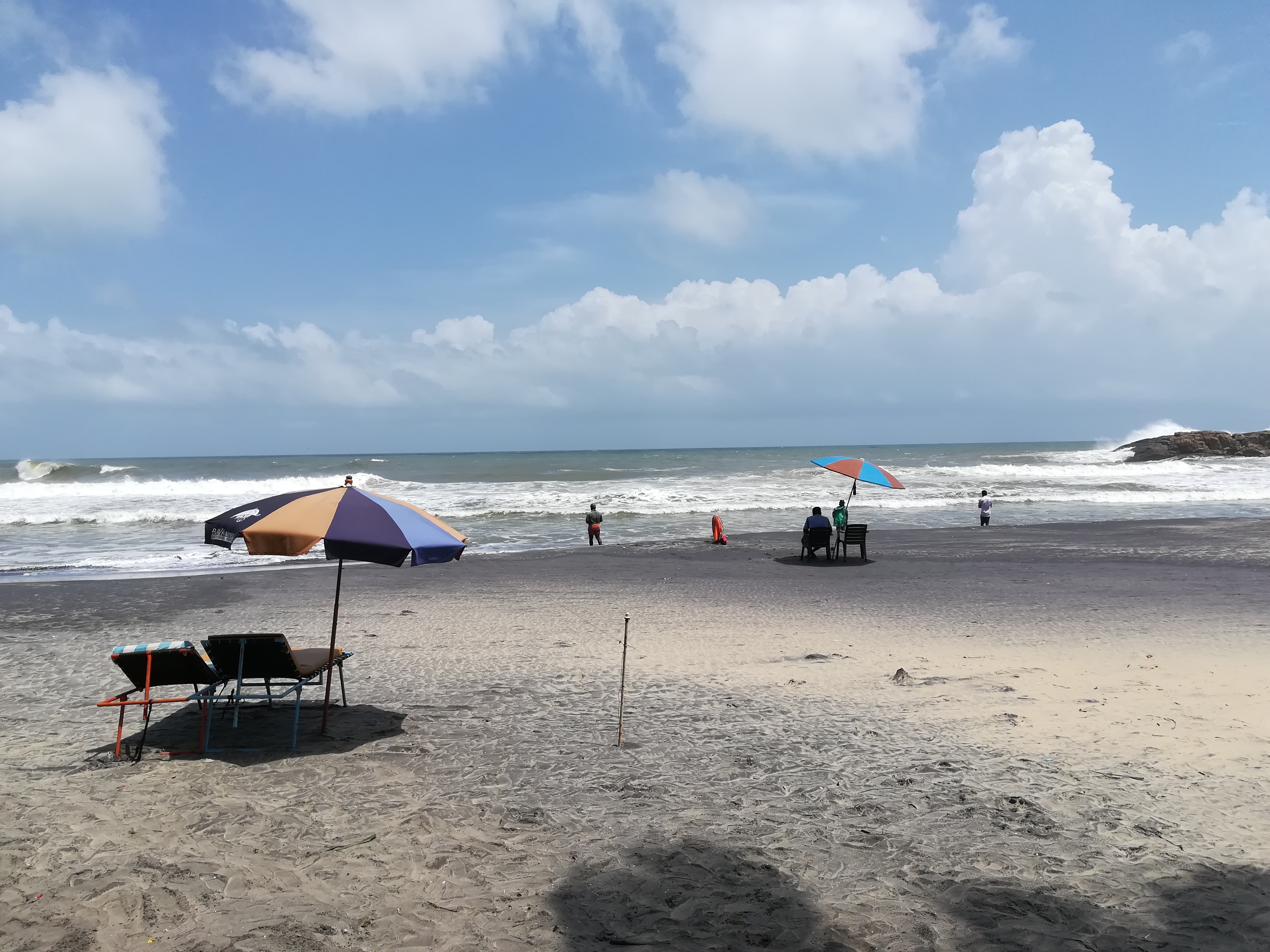 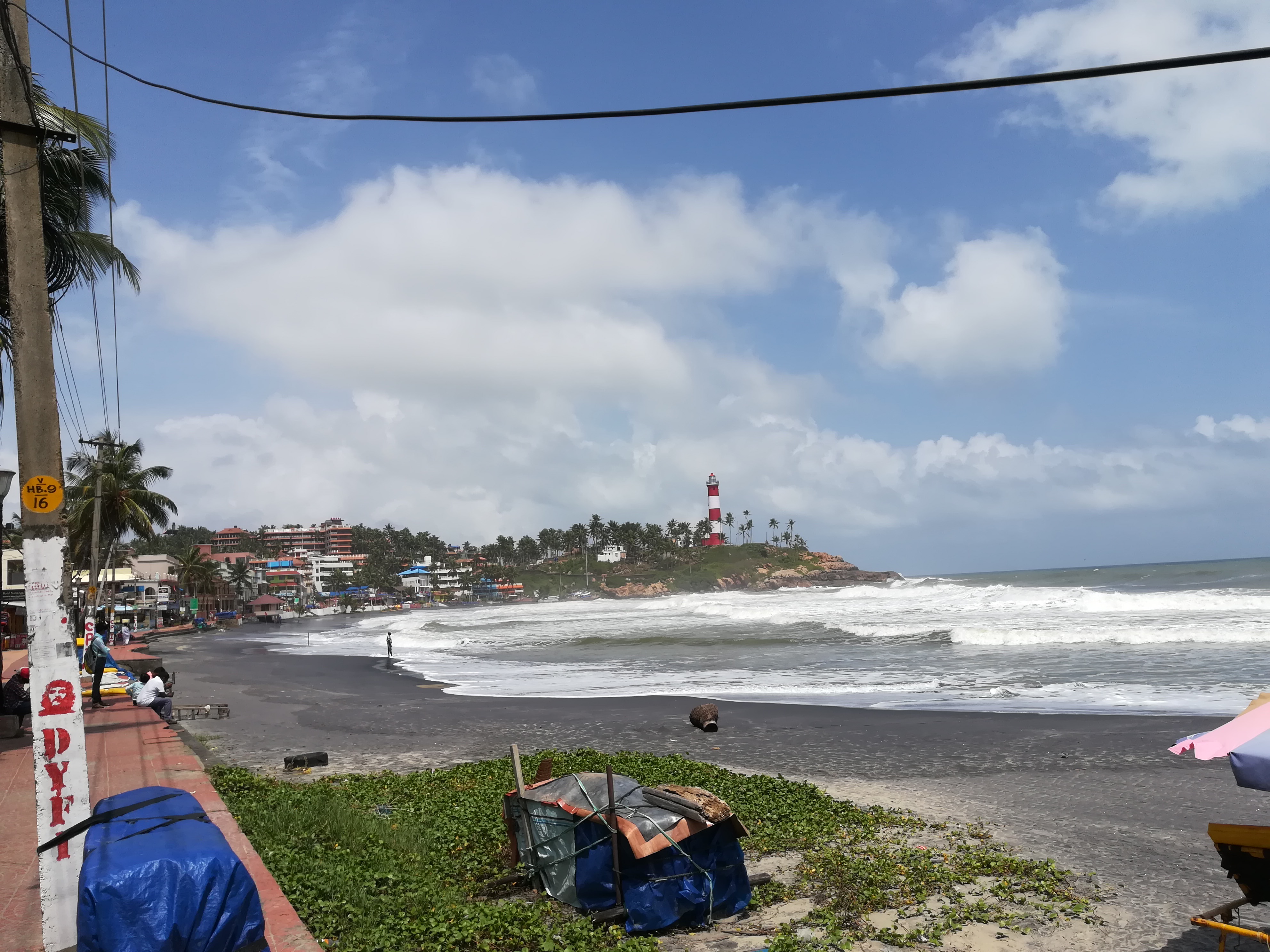 A short shower of rain was perfect for the hot weather in Kerala. 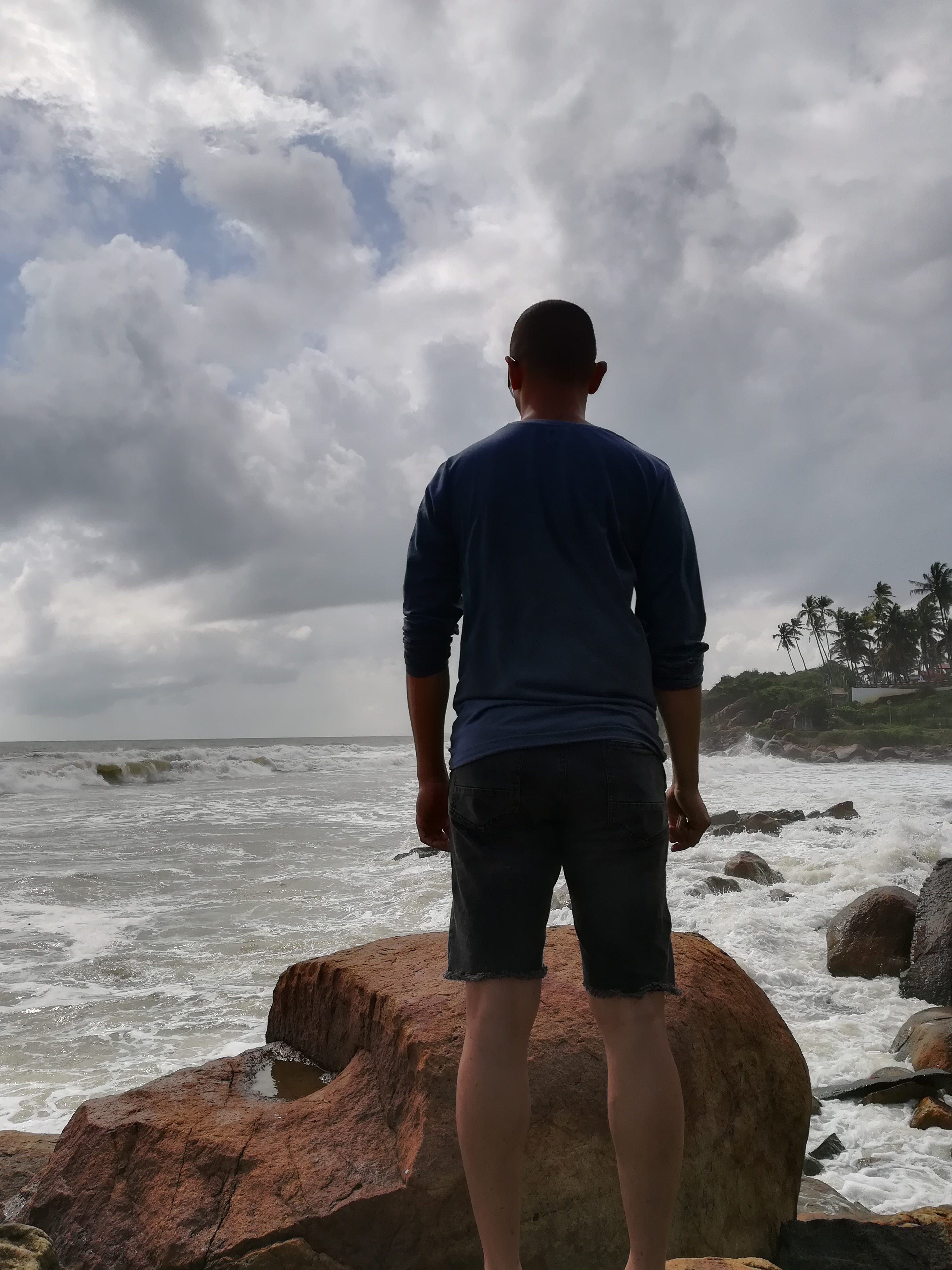 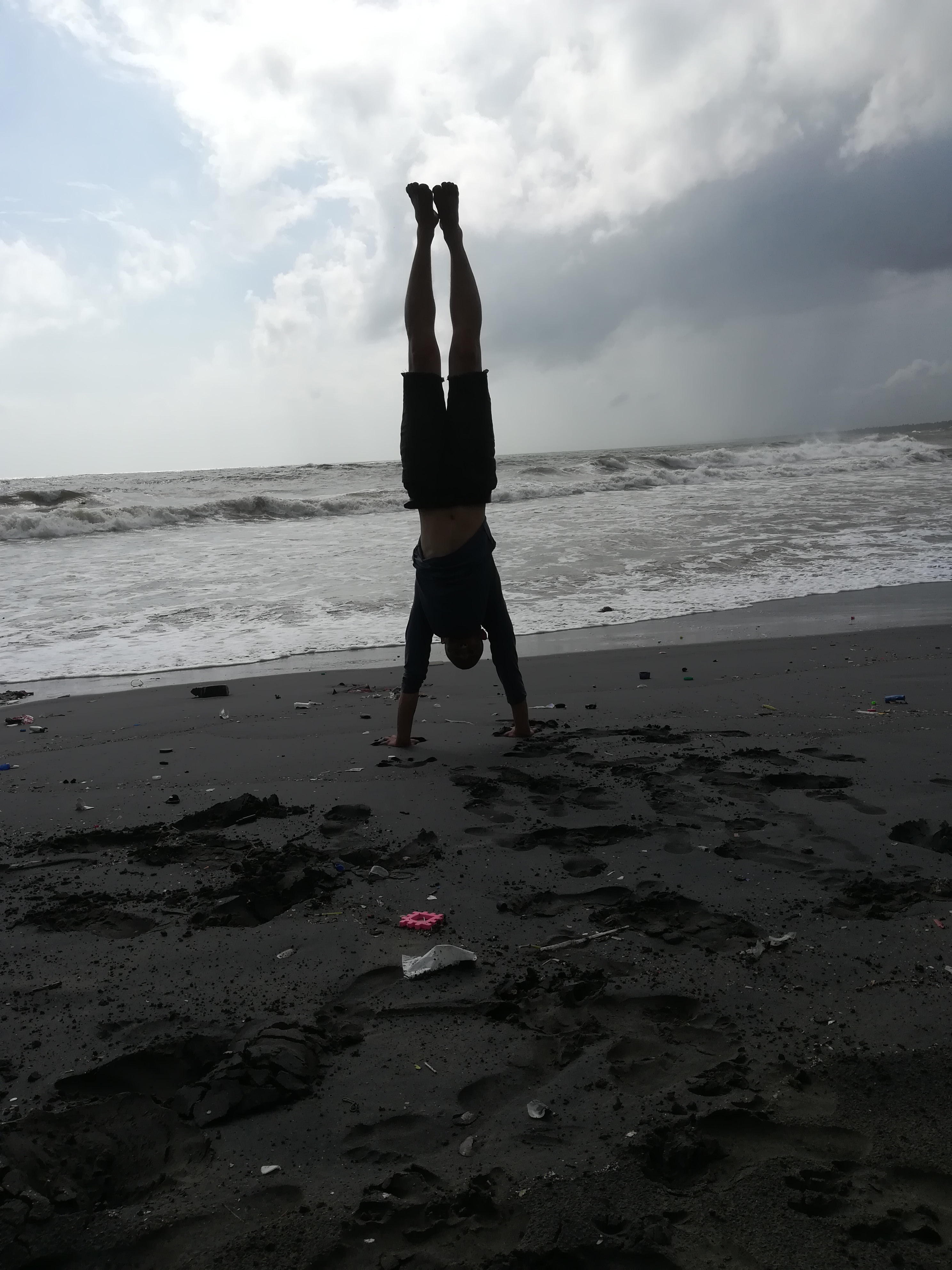 At first i was afraid to see my grandfather. i didn’t know what to expect. Will he recognise me? From what i have seen in the pictures, his state was very bad. He was half the size that he was 6 months ago. I felt a little bit guilty that i couldn’t be with him even when he was healthy. Maybe i could have helped him then somehow?

When my grandfather saw me, he was very happy. I sat with him for the next one hour. I told him how, many people wished for the good health of my grandfather. People who don’t know him, total strangers were writing me messages wishing for his good health. I told him about how i translated his poems oonjal, and mazhavilla into Polish. When i told him that he was my motivation for writing this blog, he smiled. I could really tell. His face lit up. 🙂

Since my grandfather couldn’t move the right part of his body, it was my mother, father, and other relatives who were helping him with his daily chores. They even appointed a young nurse who would give my grandfather medications, collect his urine, and other wastes, make up his bed etc.. A physiotherapist would come everyday in the evening. We would make our grandfather sit on his writing desk, make him stand for a bit etc, so that he doesn’t have to lie through out the day on his bed.

Our grandfather was not feeling well in his present state. He was making sounds and crying sometimes(maybe unconsciously). I think he couldn’t accept the fact that one month ago, he was normally writing books and articles. He published his last book in the beginning of this year. I think he couldn’t mentally digest this.

My father and mother had sleepless nights for more than one month now. I could see the saggy eyes of my mother with all the sleep she has been missing. But i could still see that she was very happy to be of service to her father. I even took time to tell my mother that she is doing a good job. Both my father and mother were very happy that i came to visit my grandfather. It was a breath of fresh air for them.

For the rest of the week i would spend couple of hours everyday with my grandfather. When he would cry, we would change the topic to get his attention. He would stop making sounds then. We had to do it many times, so that he would stop crying. Everyday i tried my best to be of a little service to my parents. In the end it was time for me to come back. I didn’t tell my grandfather that i am going back. It wouldn’t be fair to tell him that.

So i came back to Poland after one week’s stay in India.

I came back to Poland on Sunday, the 3rd of June. Tuesday my father called me to inform that our grandfather passed away. He was given a warm good bye by the state government. There were a group of policemen who came to his funeral to give him passing rights. (in India not only army personnel, police officers are given such treatment. Sometimes writers, and film actors are given the same recognition when they die) 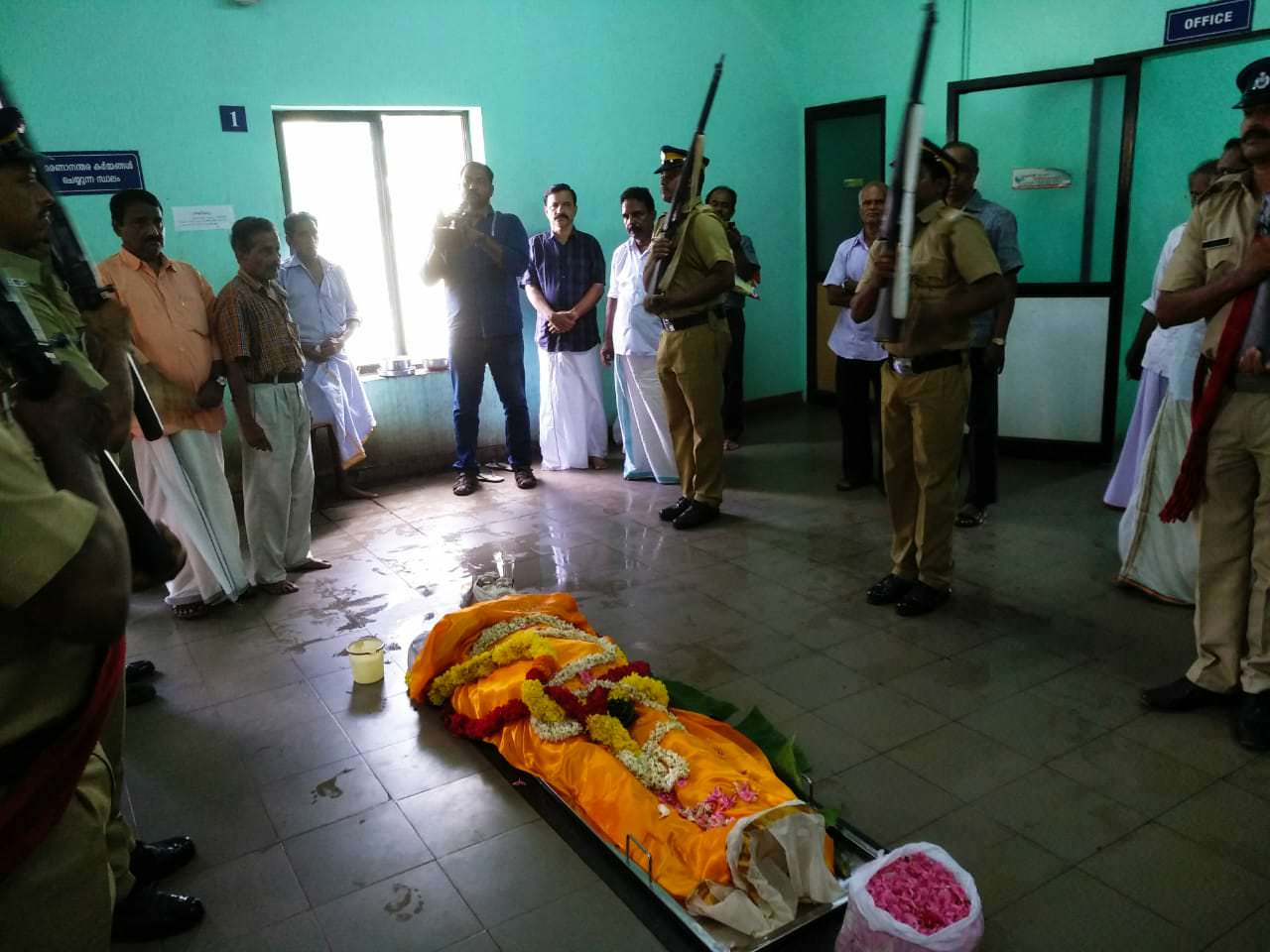 Final goodbye for My grandfather 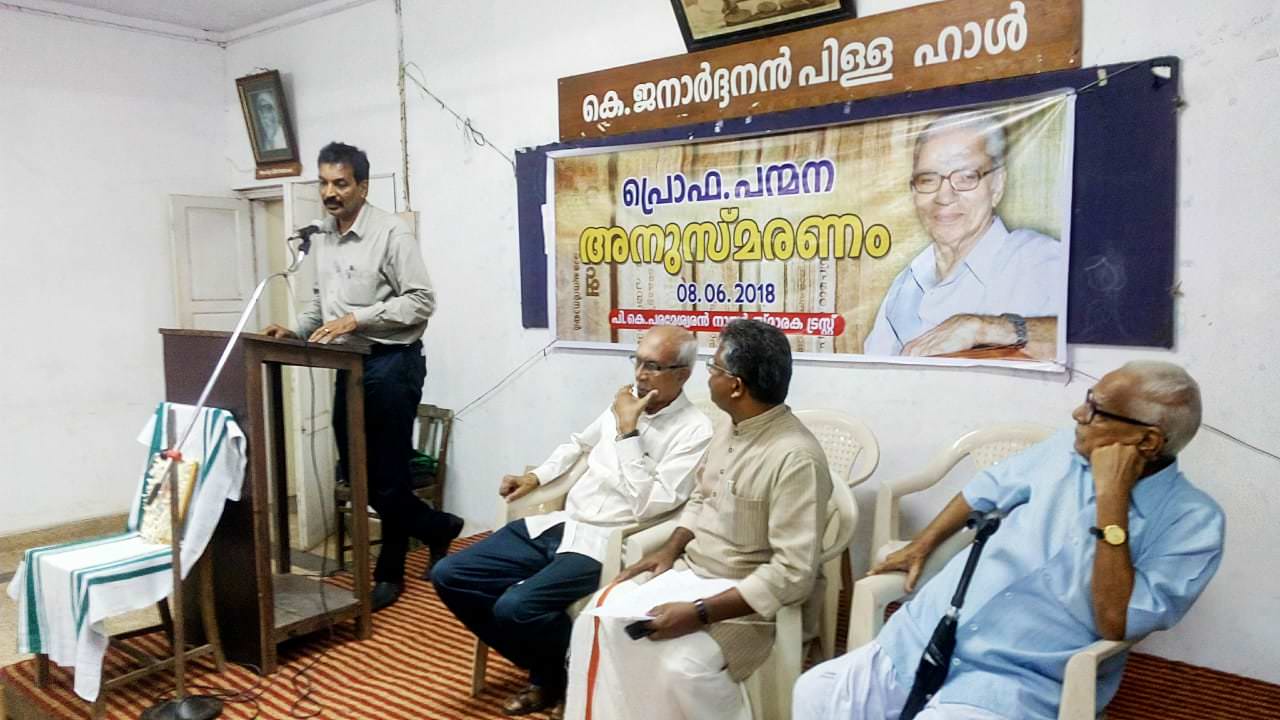 Memorial service for our grandfather was held at our residential area

When i heard about his death, i didn’t cry. The whole evening i had a lot of emotions through out my head. I was sad, a little bit lost. But i didn’t cry. When i saw how my grandfather was feeling unwell lying on his bed, i think it is better that he found peace. one of my friends even told me that maybe my grandfather was waiting to see me, so that he can say good bye. Maybe it might be meta physics, but i would like to believe in that story.

I think i was lucky to have such a great grandfather.