Marriage in India is a huge affair. By now most of us know how Indian marriages look like.

Bollywood music, bride and groom riding on horses, elephants, dancers,  music and festivities all night right? Even though that is true to a great extent, marriages differ a lot according to the part of India which You come from.

In the north marriages are a lot like Bollywood movies. Brides usually dress up in beautiful clothes, with some amount of jewellery, henna on their hands and feet etc etc. Groom on the other hand dresses in a tailor made long sleeve shirt, pants, and shoes that are especially used for marriages. Grooms also use a turban. 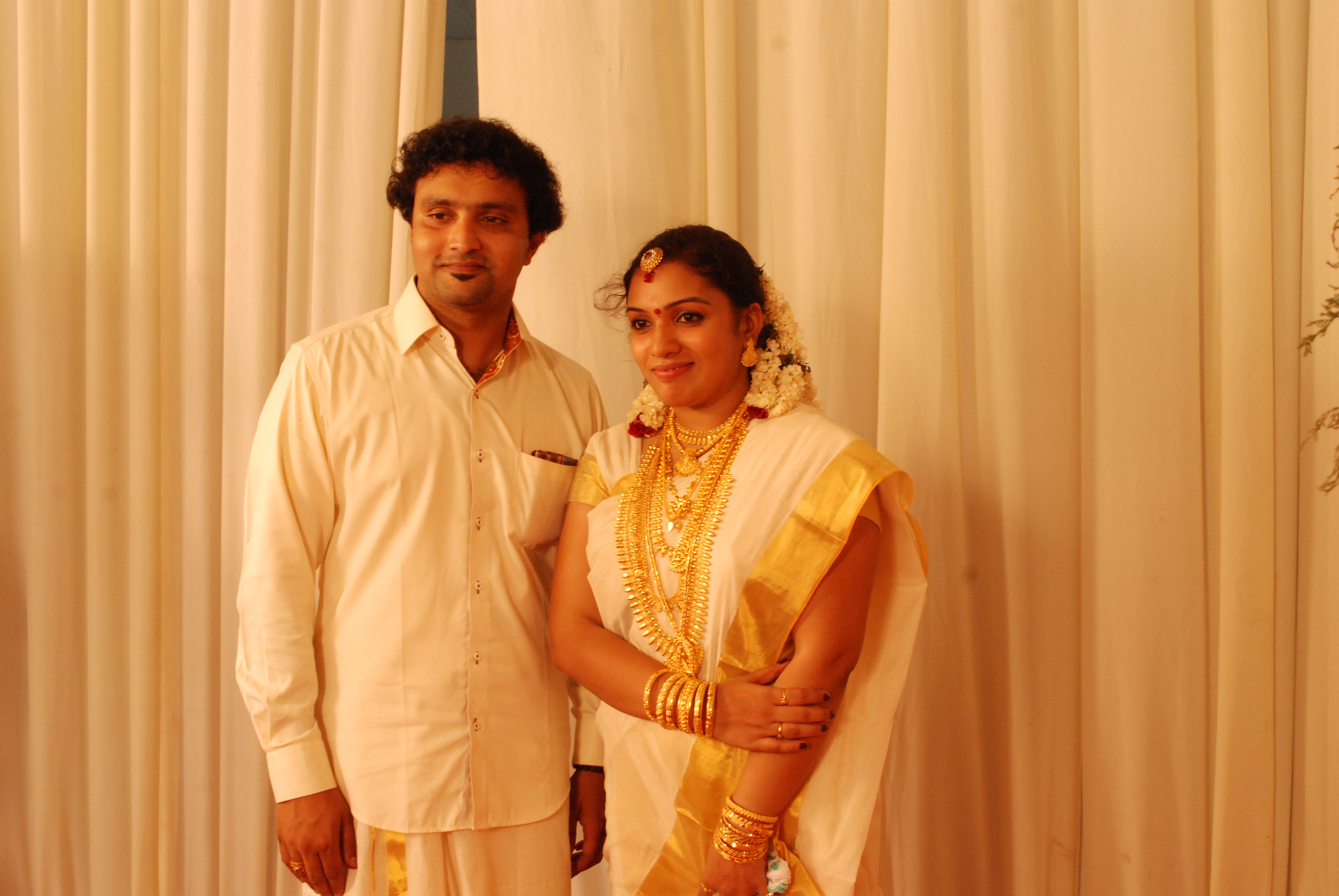 My bother and his wife 🙂 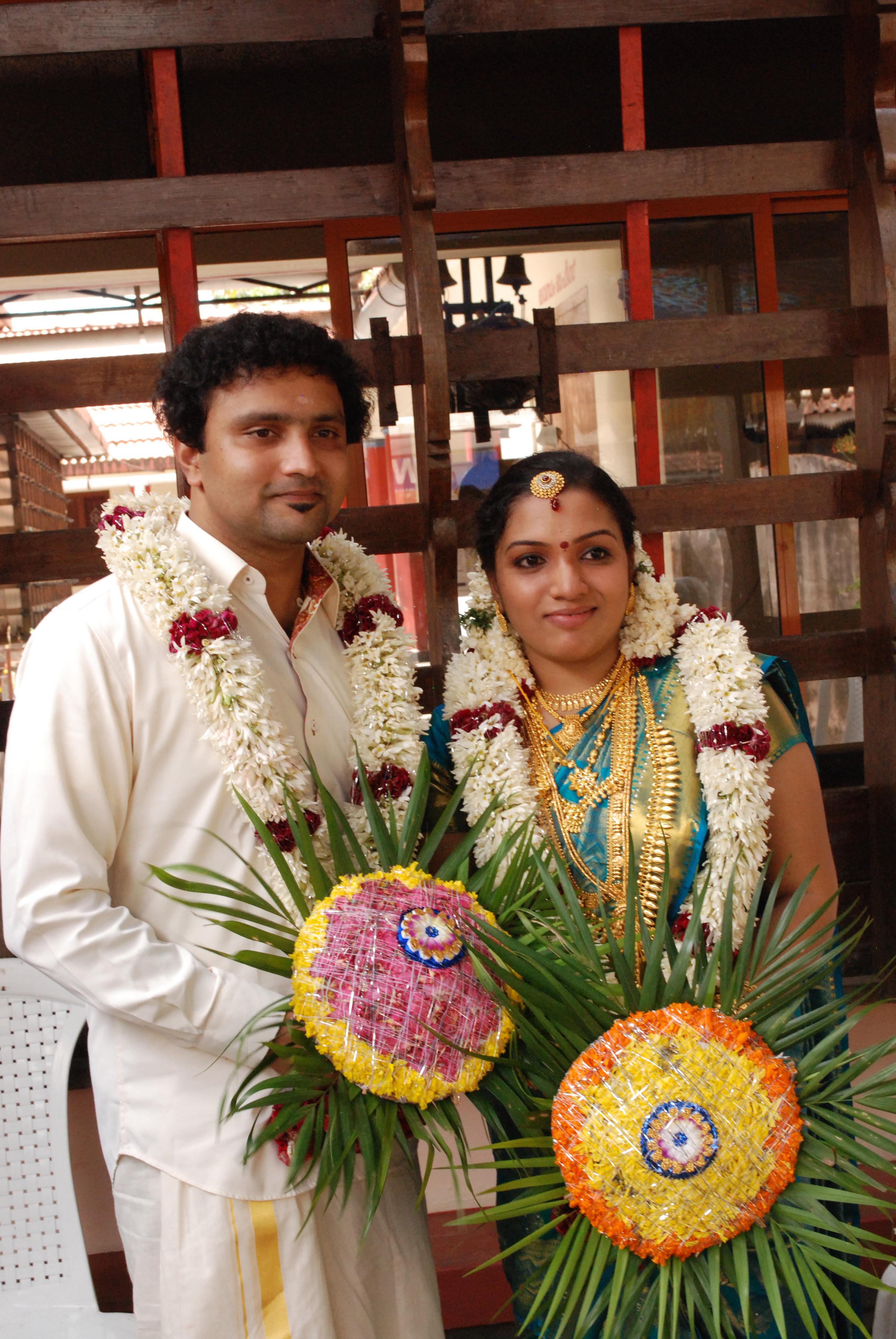 Meanwhile in the south, the bride wears much more jewellery than in the north. Jewellery alone costs the bride and her family a lot. The amount of jewellery You wear is important because it shows the financial status of the family. Bride uses henna on her feet and arms. Parents of the groom usually buys clothes for the whole family(for his family and her’s), whereas jewellery is the sole responsibility of the bride’s family. That is why You hear a lot about why parents in India used to prefer boys rather than girls(more on that in another chapter). The groom in the south uses a very standard attire. A white shirt and a white dhoti. (dhoti is a white piece of cloth which You wear around Your waste). To finish the attire, an elegant leather sandal.

Marriage is the sole reponsibility of the bride. Bride’s parents rent the hall, arrange catering, and take care of all the costs of the marriage.

During the day of marriage, both the parents of the bride and groom come early to the area of the function . Parents of both parties stand outside the hall and invite guests inside the hall. Once the guest arrive, they will be seated in chairs in the hall where the marriage will take place. 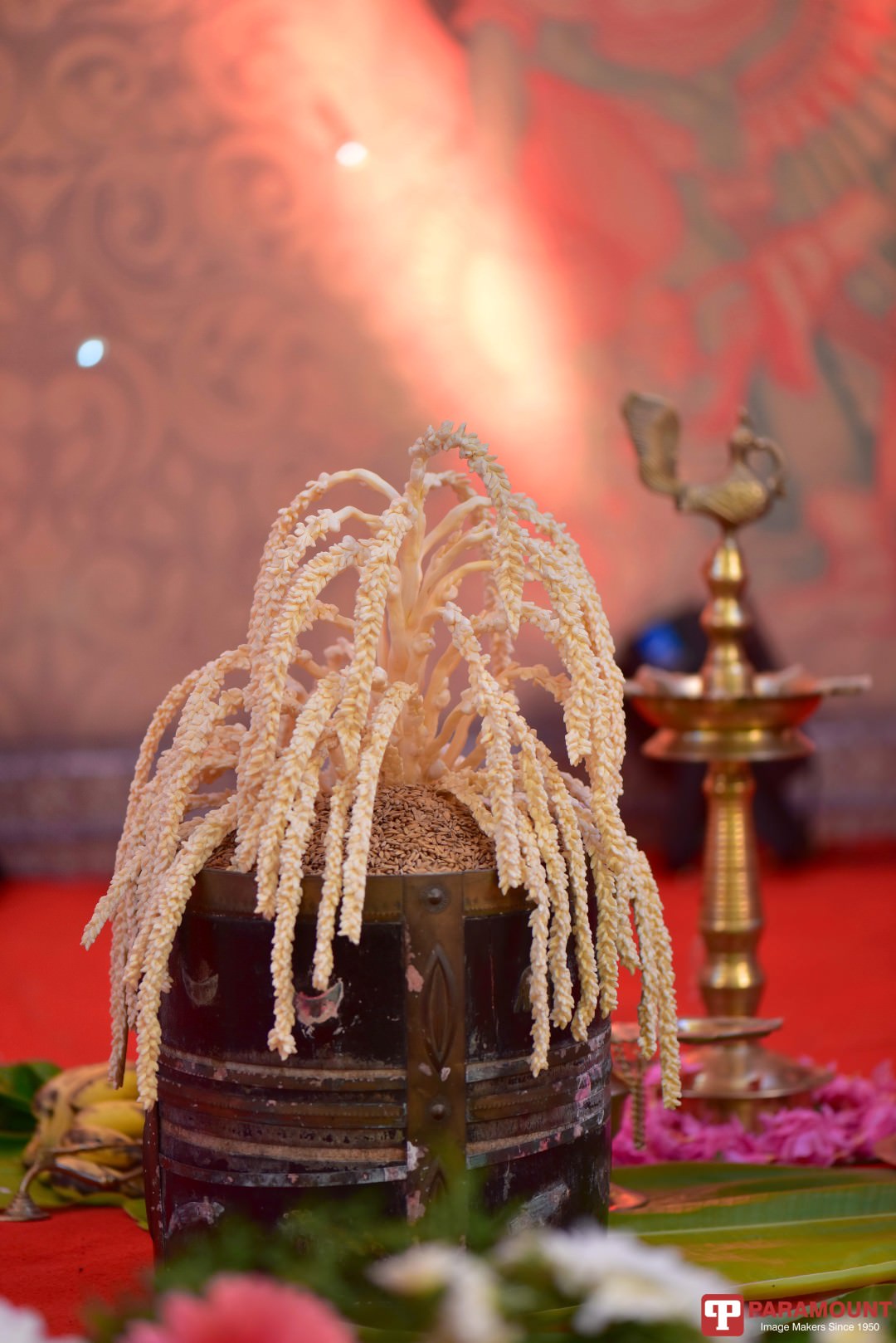 A look at the podium where the marriage will take place. 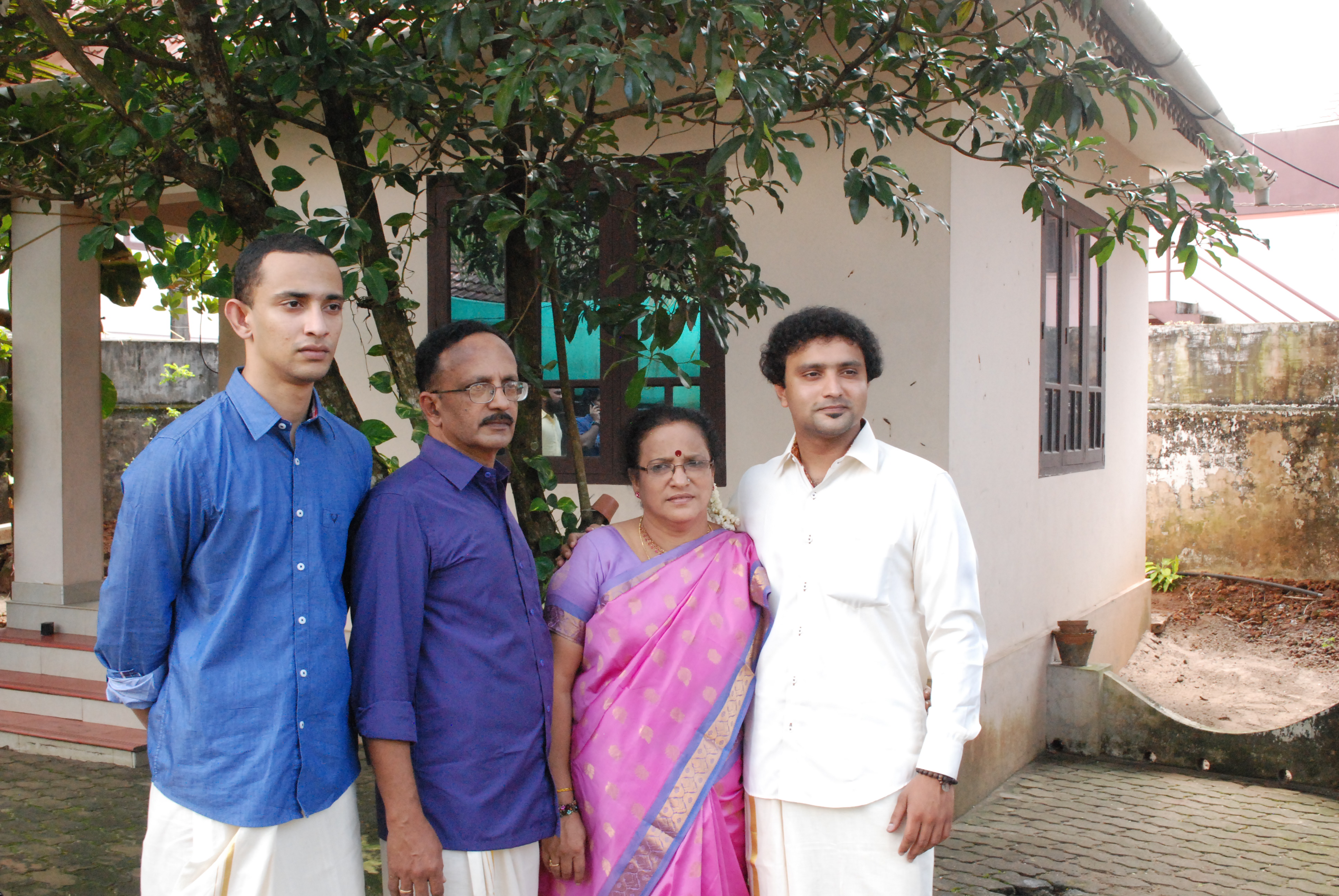 In the centre of the hall, there is a elevated podium where the function will take place shortly. The date and time of the marriage has been already fixed by the astrologer . So when that time approaches the groom sits in the podium. The podium is decorated with flowers (mainly Jasminum samba). Pots filled with rice, bananas, milk and melted butter would be already in place, which the priest would make use of during the marriage. In a while the bride will also join the podium. Soon the priest comes along and begin his job. Using the pots of rice ,milk and flowers he will do rituals based on Hindu tradition. (Rice and milk is associated with wealth and abundance in Hindu mythology).

There will be a band of musicians playing traditional indian music the whole time. Band includes a drummer playing chenda (Indian percussive instrument), and a flutist. During this time the parents of the bride and groom will stand close to them. The priest will hand over a garland made out of flowers to the bride. Bride will put the garland on the groom’s neck. He will reciprocate with the same . During this time the band increases the tempo of the music citing the most important part of the whole event. Groom puts a golden ring on the bride’s finger and the bride reciprocates with the same. After that they both stand up and hold hands and walk in a circle around the podium. This is a hindu tradition. Once they do this, the bride & the groom touches the feet of the both her and the groom’s parents. (in india touching the feet of the elders is a sign of respect). After that both the bride and groom stand a while in the podium and important family members join them in the podium to take pictures. Soon it is time to eat 🙂