What do Indians knows about Poland ?

Whenever Indians hear about Poland, we think about John Pope Paul II, Nicolas Coppernicus, and Madam Skłodowska Curie.
Youngsters associate Poland with metal acts like Behemoth, and Vader. Eventhough a lot of Indians dont listen to metal, the ones who do listen know about Adam Nergal Darski. Behemoth is very famous among young Indian metalheads.

What do Indians knows about Poland ? 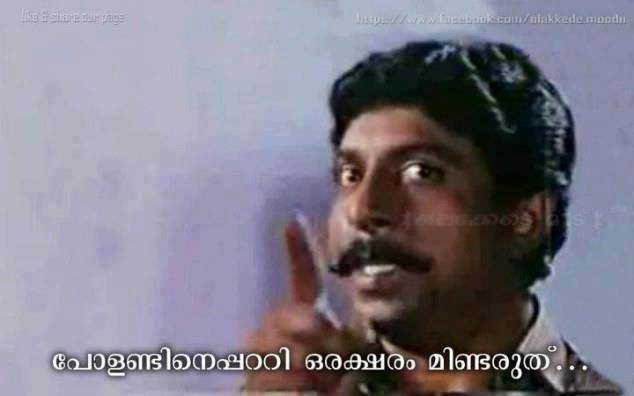 In the film, two brothers belonging to two rival political parties(capitalistic and socialistic) are arguing about national politics, where the capitalistic party had won. When the elder brother who is a socialist party supporter, talks about the issues in international politics citing the political scenario that prevailed in countries like Vietnam, Nicaragua, the younger brother starts talking about the issues faced by countries in the communist, socialistic regime. Then he goes on to ask-
‘’What Happened in Poland?’’

-Dont say a word about Poland!
Says angrily the elder brother. This joke stuck in our society. Even though sometimes people have no idea about Poland, they would mention this joke.

When I am visiting India, people would ask me- Poland? Isn’t it part of the USSR? Many people in India have no idea that USSR has been dismantled and that Poland is a independent country now. I have to take time to explain to them that from the past thirty years Poland is a vibrant democracy, which is growing at a rapid pace and has the highest percentage of growth in GDP in Europe.

Indians associate countries like USA, Germany, UK, and the arabic states with wealth and fortune. SO when i would explain that I am living in Poland, they are amazed. Why would i live in Poland? I have to explain that Poland is not the same as 30 years ago. I had to send pictures of sky tower, and the old town in Wrocław so that my grandparents and immediate relatives would know that I am living in a safe and developed country. I had to break their stereotypes about Poland and the name it has associated itself with communism from its past.
When my grandparents saw sky tower, they were really amazed.

There was time when i had to avoid my neighbours and friends while i was on a visit to India. Whenever i would have to leave house during day light, people would ask me- ‘’Oh Chandu. Wait’’ Where are You now? It has been ages’!’(chandu is my nick name in Kerala, India). I would say I am living in Poland….. They would say Why not USA? And then we would spend 30 minutes, where i have to explain all the positive aspects about Poland. Its like a debate between us 😀
There were times where I had to avoid seeing my neighbours, and i would leave house only in the night. Otherwise i would spend most of the time explaining to everyone that I am not struggling to survive in Poland.

After living for some years in Poland, i was fortunate enough to buy my own apartment. Now when i show pictures of my flat and the images from Wrocław, people are impressed. Finally i was able to get the respect and approval from many of my distant family members. Before it was like. 'Ah Chandu? Ah he is somewhere in USSR right?'( Ok, maybe I am exaggerating a bit, but You know what i mean..)

My parents visited me in 2015. Before that they didn’t have any clue about Poland or how my daily life looked like in Poland. When they saw that Poland is a well developed country, with rules and law and order(and people who follow the traffic rules :D) they were really happy that their son is doing good. Now they don’t ask me about whether I am going to change Poland to Norway or any other western country in Europe.

After all these years, many of my friends are asking me about any opportunities  for studying/ working in Poland. They have seen my example and finally think that Poland is also a country which You could pick for a good future. Things have changed a lot! Of course i suggest my friends to pick Poland, only if they re 100 percent sure that they are willing to invest time in learning the language and to invest in themselves for a long period of time. 🙂