Woodstock- how was my first woodstock experience?

As some of You might remember, I mentioned in TVP2 about woodstock being one of the things that i like the most about Poland. I really meant it. I love woodstock. I am going there for the third time this year. 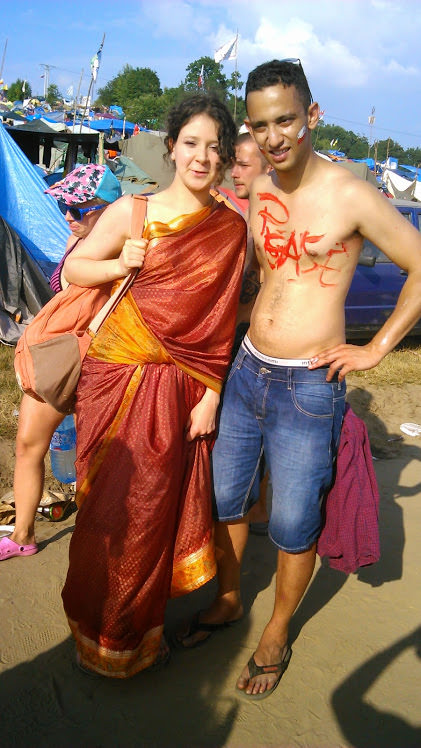 Woodstock 2015- with a beautiful Polish lady in sari.

This year Woodstock will be different. It might be the last woodstock to happen in Poland. Who knows? We all know what the current Polish government is doing to stop Jerzy Owszak from organising the festival. This year the minster for internal affairs, has put more than usual list of requirements on Jurek’s head to make it difficult for Jurek and team to organise the festival. Jurek is also the person who runs the WOŚP(wielka orkiestra świątecznej pomocy) foundation. I am really in awe at how much social development, WOŚP has brought forth for the betterment of Poland. Many working class Polish people, donate blood at this festival. Normal people like me are big enthusiasts of this festival.

Every year Polish government signs an agreement with the german police, so that they can assist in controlling the crowds and making peace and order at the woodstock festival. This year the government has not signed this agreement, so as to specially make it difficult for Jurek Owszak to organize this festival. Thank fully the german police has pitched in to help the Woodstock festival organisers as a favour.(how nice of them. Thank You Germany!). I have read some where that this year, there will be a lot of protests outside the woodstock festival. We all know what has been going in the current political scene in Poland. I hope that this festival will not end soon.

I remember my first woodstock. I heard that there was this festival in Poland called woodstock and that almost one million people attend it every year. In my mind i was immediately thinking of 1969 Woodstock festival in upstate New York. ‘’How is it possible that Poland has its own woodstock? is that even legal?’’ I thought. I was very motivated to go to my first woodstock. and boy was i surprised?

There are no tickets at this festival. Yes!, there are no tickets, and all You have to pay for, is for food and drinks.  There are so many bands playing at this festival from Poland and abroad. At my first woodstock festival itself, I felt very safe. People are very friendly, and there is no aggression. People around me are there to enjoy music and have the time of their life. Some people come there exclusively to party and drink, but they don’t cause harm to other concert goers. They are either too drunk or are sleeping at their camps. That year in 2015 i saw Black label society, Decapitated, and Within temptation. I will never forget walking in to the festival entrance, when decapitated was playing. I couldn’t believe that I am going to an actual rock festival. I never had a chance to go to any rock festivals in India. When i told my brother that i just saw black label society, he couldn’t believe it. He wants to come one day to Poland, and visit me and go to Woodstock festival together. 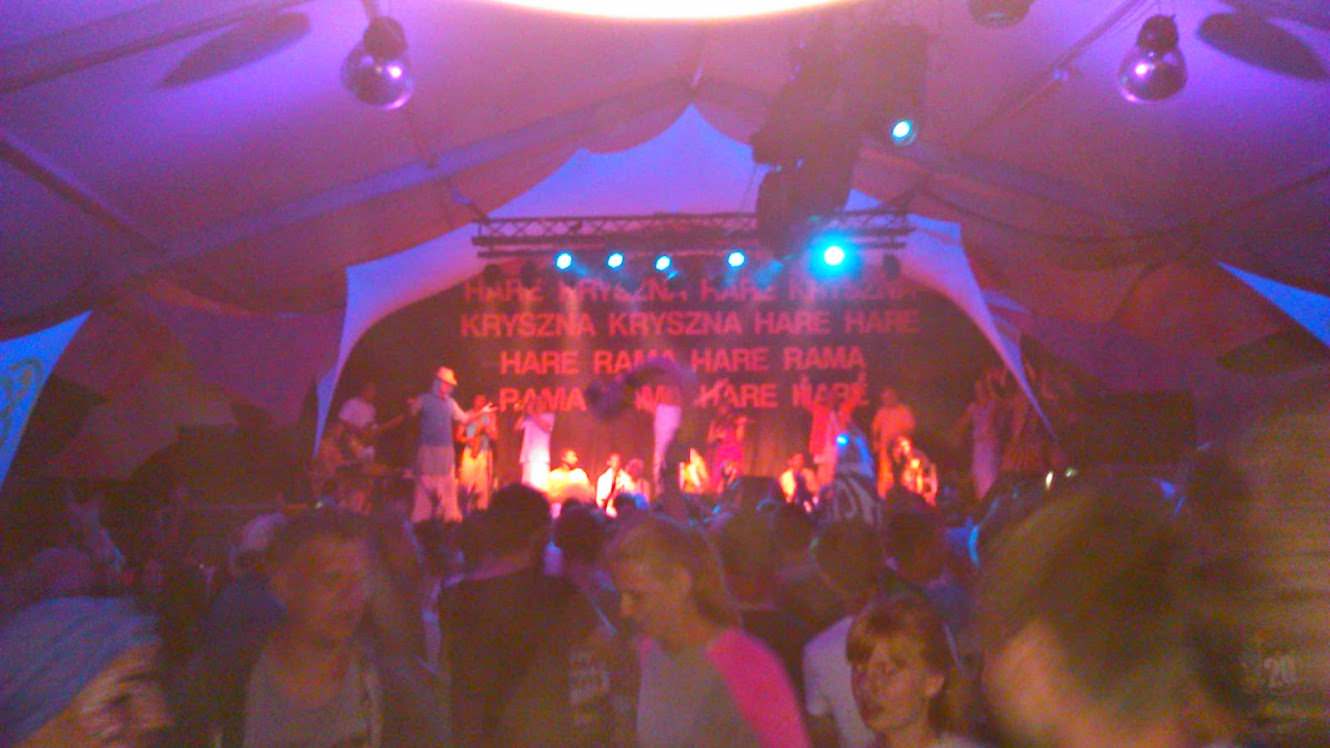 One of the things that took me by surprise at Woodstock, was the Hare Krishna stand. Hare krishna stand at Woodstock is knows for its very tasty vegetarian meal. Men and women dress in traditional Indian dresses and dances to songs about Krishna and Rama. Every year there is a stage, where, musicians consisting of Indians and Poles sing and play devotional songs. When i saw people dancing and singing ‘hare krishna, hare hare, krishnakrishna hare hare’, i was thinking ‘what is going on here?’. People come to the stage and they go into some form of trance. Most of the people coming there are hippies(i have nothing against hippies). Another interesting point of attraction is the wise man who answers people’s questions. There is stage where a man dressed in guru’s(Sanyasi/saint) clothes, answering questions from young concert goers. This man is dressed like an Indian Pundit. i had a chance to watch and listen to what he had to say about life and its meaning in general. It was quite interesting. But most usually people come there to sit and enjoy the meal that they just boughtat the food stall(there is no other place to sit at the hare krishna stand). It was actually funny 🙂

In India Hare krishna is a lot like Jehovah’s witness in Poland. The funny thing is we don’t have women dressed in saris, or men dressed as saints, dancing in the streets, singing about Rama and Krishna. The difference is that most Women and Men dancing and singing hare krishna at Woodstock, are drunkand or little bit high on marijuana. I get the point though. People are at this festival to enjoy and experience new things. I am not going to judge anyone. i am pretty sure Krishna and Rama will forgive them 🙂

This Thursday i am going for this year’s Woodstock festival. As soon as i come back i will write about my experiences. If You are also going to Woodstock, see You inside.!!!!