My grandfather is retired professor in the Malayalam language. He taught for 28 years in the university of Kerala. He is a language expert in malayalam. When people have doubts regarding Malayalam Language, he is the person to call.

Since India was colonised by the British, English is most commonly used language in schools and colleges. Since it is hip to speak english, many students use english instead of malayalam at school and at home. It is very common to see people making grammatical mistakes, and writing words incorrectly at schools and public institutions. In order to preserve the language in our country and to improve people’s language ingenuity. My grandfather took on the mission to publish many books to improve common mans language capability. ‘Simple Malayalam’, ‘Malayalam without mistakes’, ‘pronounciation without mistakes’ ‘right and wrong’, ‘Keralites and Malayalam language’ are some of the books that my grandfather wrote during the span of his career as a teacher. He has kind of become the ambassador of Malayalam language.

Very often people from magazines, and public television contact him to correct grammar mistakes, and to get to know the proper way to speak malayalam. In primary schools, his language courses have been included in the school curicculum. Thanks to him, i always had good grades in malayalam exams at school. 🙂

Besides language books, he has also published poems and short stories for children. Two of my Grandfather’s most famous children’s books are Swing(ഊഞ്ഞാല്‍) & Rainbow(മഴവില്ല്). They are a collection of 20-30 short poems for children. 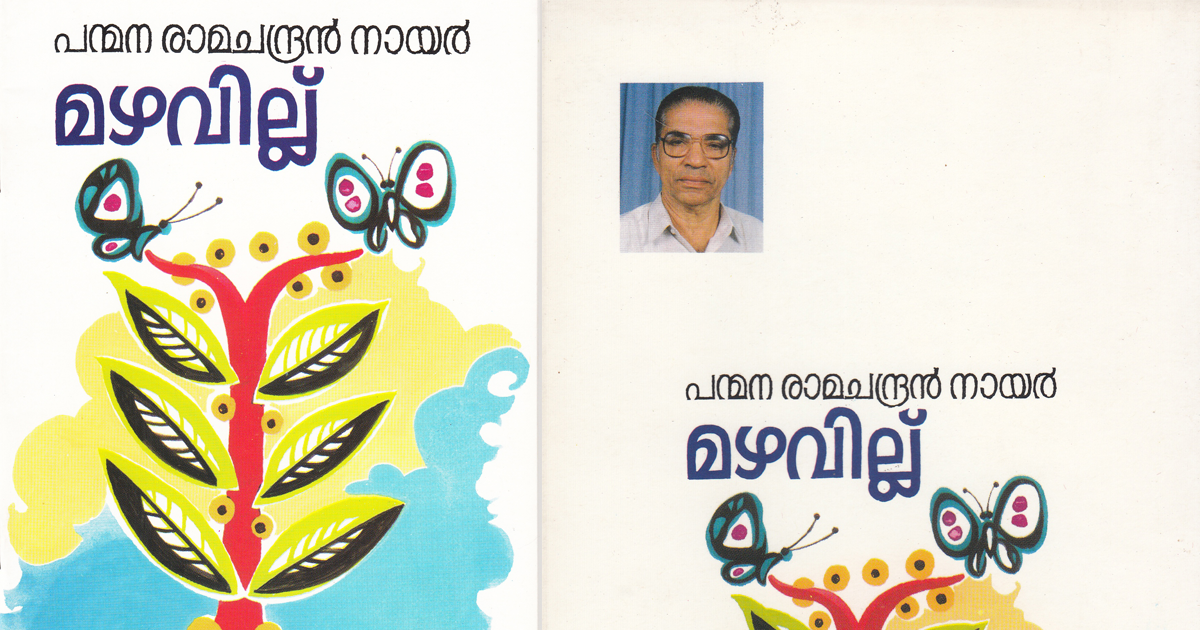 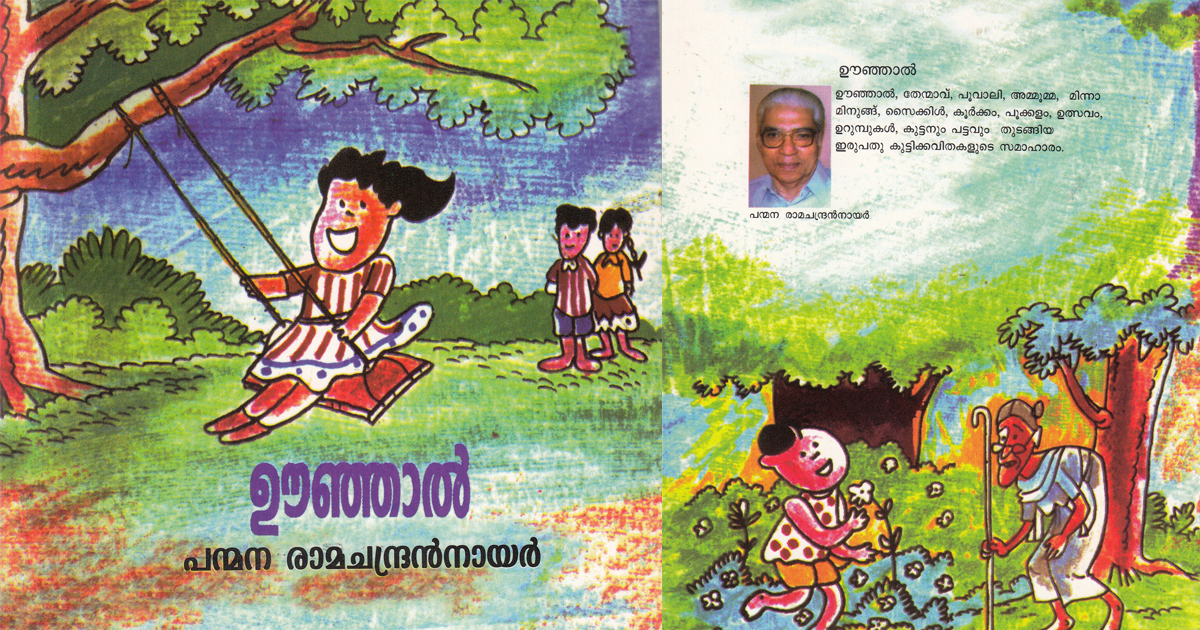 In one of his book for children, he has included my brother, me and our cousins into the list of characters. I am Chandu and my brother as Nandu, our real word names. The name of the book is Grandpa and kids (അപ്പൂപ്പനും കുട്ടികളും)
Take a look at one of the pages of the story book. 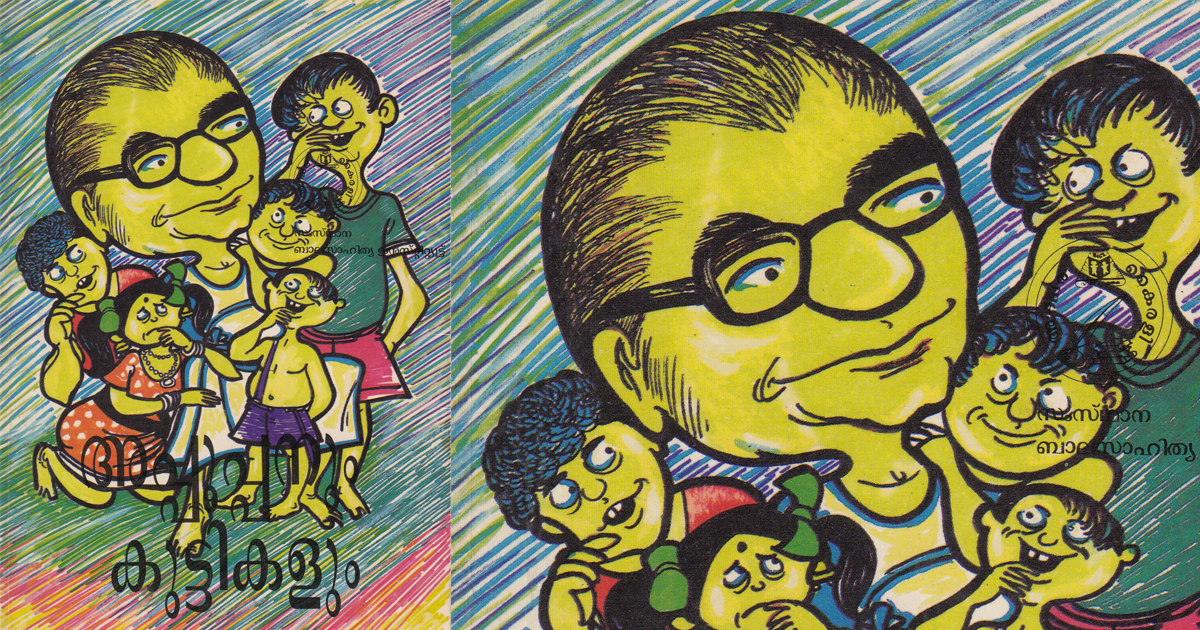 My grandfather also wrote an autobiography by the name of Memoirs (സ്മൃതിരേഖകള്‍). Take a look 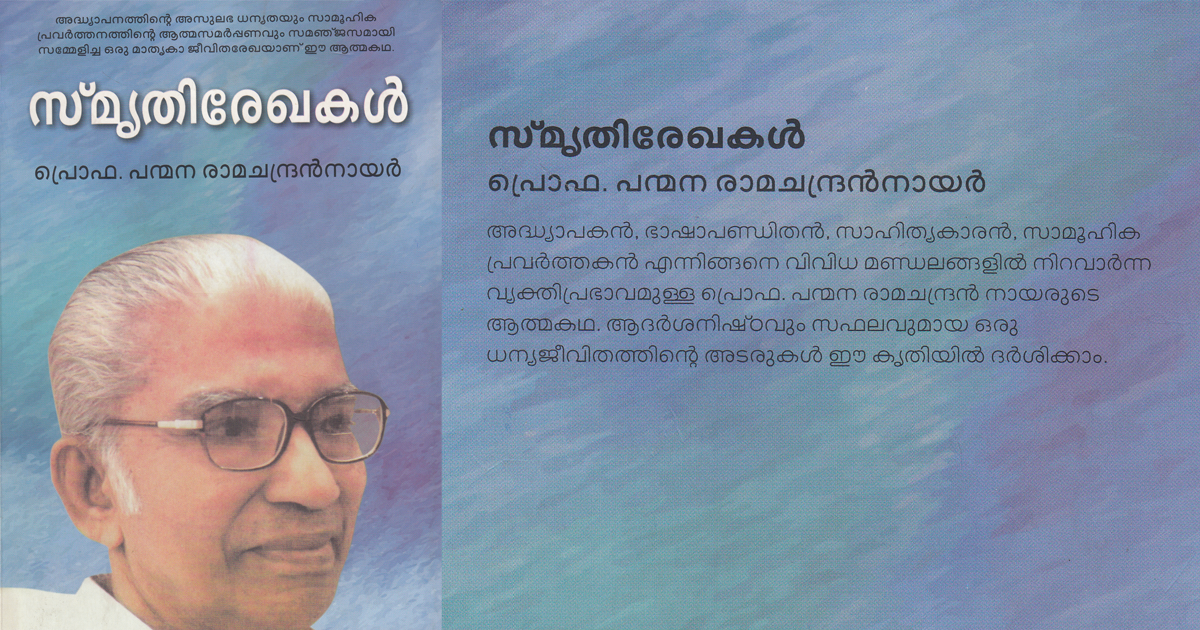 My grandfather would always say that i should keep a short memoir of my life in Poland. I would always listen to it and say to him. “But I dont know how to write poems, or short stories for children like You Grandpa’ He would say that i should just write about my thoughts and about what is happening around me. it doesn’t have to be poems. I would listen to it for years and years and do nothing about it. In the beginning i use to keep a short memoir about my daily life in Poland. “But Grandpa, all the things i write there are negative. Who would want to read that? Even i don’t want to read them. They are depressing’’ He would say- ‘it doesn’t matter. Just write’

Since i told him that i am writing a blog in Poland, he is very happy 🙂 He would say ‘Ah Chandu?, i knew he would be able to do something good’.
It is nice to know that one person believes in You, when nobody else does.

At the moment my grandfather is 87 years old. He is suffering from age related illness. I must say that he has been very blessed, because my mother, and his son in laws and immediate relatives are very caring of him. There are people standing by to help him at all times. My grandfather always supported me, when nobody in my family believed in me. He would always remind me to not to listen to the naysayers. I hope i can write something meaningful in my life, continuing the tradition of my grandfather.